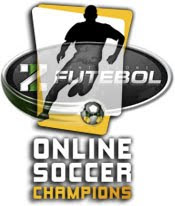 It looks like Big Collision Games aka Interzone Entertainment is launching Online Soccer Champions aka Interzone Futebol in "closed beta." So they claim anyway, knowing what I know about the state of the game when it was ripped from the servers at the Perth studio and what it takes to actually make a game, I have serious doubts they have anything worth playing actually running.

The video and screen shots they have released are really telling. The video is only kind of labeled Online Soccer Champions, as it clearly has the Interzone Futebol and Interzone games logo all over it with only some shots re-branded as "Online Soccer Champions." It actually appears to be the exact same video from last year just re-cut with some Photoshop work. Same goes for the screenshots they have on their site.

Nick Lowe, my friend and former college at the closed Interzone Games studio in Perth, has the latest news on his blog where you can read the latest, sad update on the nefarious Interzone saga. The links to the various sites where you can also find the video and screenshots I mentioned are also on his site for you to check out after reading the sad state of affairs that is going on.
Posted by Joseph B. Hewitt IV at 11:33 PM

Yeah, it's a sad state of affairs.

On an unrelated note, is your profile photo the one that I took of you back in Perth? :)

Joseph B. Hewitt IV
I have been working in the computer/video game industry since 1985 and am once again looking for a job as a game designer.